Power Off or Stay On?

Power Off or Stay On? 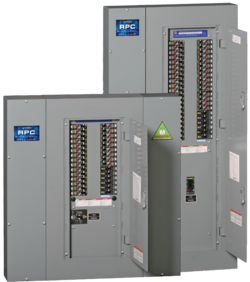 It’s an age-old debate. Is it better to keep your electronics powered on constantly? Or turn them off each evening? One side of the debate argues that powering off your electronics on a regular basis creates a cycle of heating and cooling that causes expansion and contraction components and solder joints, which could lead to premature failure. The other side of the debate counters that keeping electronic devices turned on continuously is expensive and exposes them to the irregularities of the electrical power grid, including lightning strikes, swells, surges, blackouts, brownouts, and spikes, which could harm or destroy components. As computer chips and power supplies get more efficient and micro-sized, they produce less heat, rendering the cycle of expansion and contraction less critical.

However, the power grid hasn’t gotten any more stable in recent years.

If you are in the camp that carefully turns off your electronics every night, and even unplugs them in case of lightning, then you understand the hassle and time this process takes. You’re probably thinking, there must be a faster and less complicated way to protect your electronic equipment. There is.

LynTec has Remote Control Circuit Breaker Panels (RPC) which allow you to program turning on and off your equipment on a regular schedule. While many sound technicians use this technology for audio equipment and speakers, the reality is that RPC is for more than just audio.

Video walls take up a lot of power. They are also expensive to purchase and install. When a video panel is initially switched on, the power supply needs a large among of current in order the charge the capacitors to the circuit. Video walls have a switch-mode power supply with lots of capacitors. This inrush current is generally about 10 times the normal current of the electronics. Although the drop-off is dramatic, coming down to the typical current in about .33 to .5 seconds, the initial inrush can have detrimental effects. Not only does it require a huge amount of power to turn the system on, the effort of energizing several electrical devices simultaneously can be harmful to the power distribution system.

Keep your video wall running smoothly – and lower your power bill – with automated power control. It just makes sense. Not only can the system solve any inrush problems and put less stress on your electrical system, it will protect all your expensive equipment from any fluctuations in the power grid. And it will save you money by shutting off the video wall when it’s not in use! Beyond the electricity you will save from shutting off your video wall, there are other considerations. If you are in a warm climate, then air conditioning is needed to keep your electronics cool while running. Shutting off the video wall saves the electricity used by the AC as well!

Does your venue have a video wall? LED lighting? It’s important to turn off your expensive equipment when it’s not in use. This protects them from any instability in the power grid. It also save you money on your electric bill! With RPC from LynTec, there’s no need to worry about the inrush when powering on your equipment or the hassle of turning on each component individually. Get state-of-the-art equipment that makes it easy. Setup, monitor, and control with built in IP browser interface on your laptop, tablet, or smart phone. Use a power control solution that has compatibility with DMX-512, sACN, RS-232, and more. Rely on a power management solution that has easy setup and customizable control. Learn more today.

If you are outfitting an event center, stadium, performing arts center, or other space with a sophisticated audio, video, and lighting system, LynTec can help with cutting edge electrical power control systems. We work side by side with audio engineers, architects, and designers to present remotely operated AC power control solutions. Starting in 1982 and growing to take the place of the leading manufacturer in the industry, we are proud of our state of the art products, talented employees, and ability to help a wide variety of clients, from small churches to NFL stadiums. Read here for information on our projects and answers to questions.